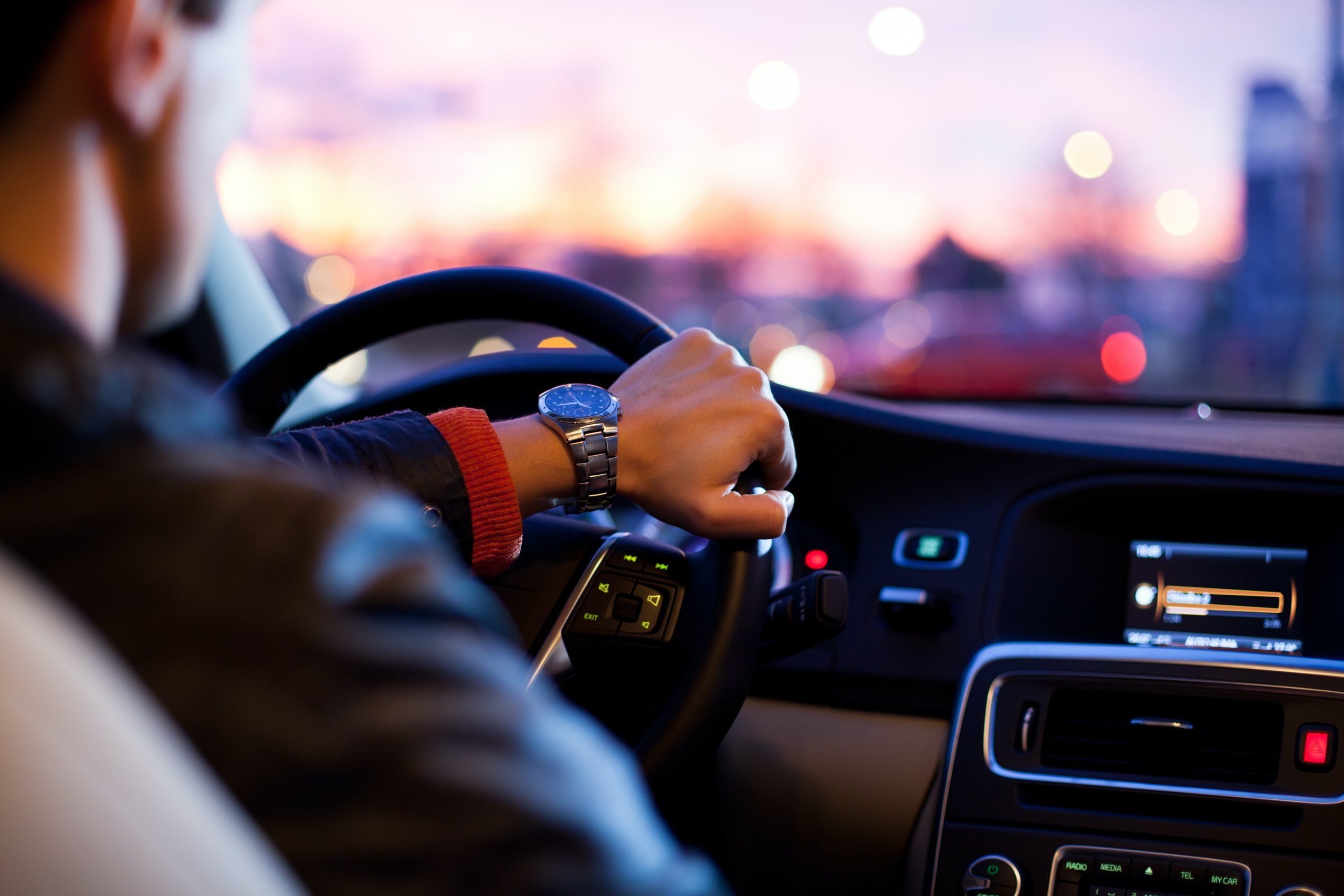 12 Reasons Why You Shouldn’t Drink and Drive

Drinking and driving is a serious issue that affects everyone. It’s important to know the repercussions of drinking and driving, so you can make an informed decision when deciding whether or not to drink before getting behind the wheel. Drinking and driving has a range of consequences from fines, jail time, license suspension, higher insurance rates; all the way up to death. Knowing what will happen if you drink and drive will help you make better decisions in your life!

In the United States, drunk driving is responsible for about 30% of all car-related fatalities. According to Mothers Against Drunk Driving (MADD), one person dies every 53 minutes in a drunk driving accident and almost 1/3 of those killed are innocent bystanders. The Centers for Disease Control and Prevention (CDC) reports that alcohol increases your chances of being involved in a crash by at least 5 times. As the holiday season approaches, you may be tempted to drink while driving or allow someone else to do so, but don’t! There are plenty of other ways you can enjoy yourself this winter without risking your safety or the safety of others on the road with you. You shouldn’t drink and drive, here is an opinion blog on drink on drive cases.

1. Driving while drunk is illegal

The consequences of driving drunk are scary and life-changing. The decision to drink and drive is a bad choice that can result in serious injuries or death for the driver, passengers, pedestrians, cyclists, or others on the road. Drinking alcohol impairs judgment and motor skills which may lead to accidents with catastrophic results.

A person is driving home from the bar and they feel a bit tipsy. They know that it’s illegal to drive while drunk, but they’re not sure what the legal blood alcohol limit is for driving. The legal limit in most states is 0.08% or less than 2 drinks per hour. A drink can be anything from one pint of beer to 4 ounces of wine. And if you have more than two drinks in an hour, your BAC could be over 0.08%. So when you have had too much to drink, don’t risk getting behind the wheel- call a cab or ask someone sober to give you a ride!

2. You can be charged with DUI

3. Drinking and driving increases your risk for car accidents, injuries, and death

The law in the United States states that if you are over 21 and have a blood alcohol content of .08% or higher, you can be charged with DUI. That being said, there is no set rule for how many drinks it takes to get to this level. The amount varies depending on your body weight, gender and other factors. Some people may not show any signs of intoxication at all while others could start showing signs after having just one drink.

4. Drunk driving also puts other drivers at risk on the road

It is not only illegal to drink and drive, but it can also have serious consequences. In the United States alone, more than 30,000 people are killed every year in alcohol-related car accidents. Drinking and driving increases your risk for car accidents, injuries or death even if you have a few drinks before getting behind the wheel. The only safe way to drink and drive is with a designated driver who has abstained from drinking any alcohol at all.

5. Your insurance company may refuse to cover you in case of an accident

A car accident can be a traumatic experience for all parties involved. The good news is you may not have to pay the entire cost of repairing your vehicle if you are insured. You may find out, however, that your insurance company will refuse to cover you in case of an accident if they find out about an at-fault collision that occurred two years ago on your record.  It’s important to know how this could impact your coverage and what steps should be taken in order to ensure that it doesn’t happen again.

6. Drunk driving can lead to penalties like fines, jail time or suspension of your driver’s license

I know I said this in the blog post, but it’s worth repeating. Don’t drive drunk. In New York a driver with a blood alcohol content of 0.08% or higher is guilty of driving while intoxicated and faces fines, jail time or suspension of their license if they are convicted. The penalties for those who cause an accident can be even harsher such as more serious fines, community service hours and possible incarceration in prison for up to 15 years depending on the severity of the injuries that have been suffered by innocent bystanders due to your negligent actions behind the wheel after you’ve had too many drinks at happy hour with friends last night!

7. You can be sued by someone you injure in a drunk driving accident for property damages

In the United States, drunk driving has a negative and lasting impact on society. Drunk drivers are responsible for over 30% of all traffic fatalities. That’s more than 13,000 lives lost every year! In most states, if you have been injured in a drunk driver accident, there is no limit to what can be awarded to you by law. If someone causes an accident while they’re intoxicated and your property (or person) is damaged or destroyed as a result of their actions, then that person may owe damages to compensate you for the harm done.

8. Drunk driving in the United States costs $199 billion per year

Marian’s car was totaled after she drove drunk and crashed into a tree. She felt guilty, but her insurance company rejected her claim because they said it wasn’t covered under the policy. What Marian didn’t know is that one in three Americans have an alcohol-related driving accident every year and that drunk driving accidents cost $199 billion per year. Drinking and driving is not just dangerous for those who drink, but also for others on the roads with them – so please drive sober or call a cab!

9. 12% of all fatal accidents are the result of drunk driving

One in eight fatal car accidents are the result of drunk driving. Drunk drivers are not only a danger to themselves, but also to other people on the road. This is why it’s important for everyone to be aware of their surroundings when they’re out and about. If you think that someone might be impaired by alcohol, call 911 immediately so that authorities can take precautions before any tragedies occur.

10. You are more likely to drink and drive if you don’t understand the risks

Most people don’t think they will ever drink and drive. That’s because most people have never experienced the consequences of drinking and driving, which can include death, jail time, fines, or damage to property. This article is for those who want to know more about what happens when you drink and drive so that you can make an educated decision on whether or not you’ll do it in the future. It includes things like how often people are arrested for a DUI even if they haven’t been drinking; why alcohol impairs your ability to judge distances; some common myths about drunk driving; information about how many drinks it takes before someone becomes impaired by alcohol; as well as other facts and statistics related to drunk driving.

11. 12% of 12-year olds have tried alcohol or driven after drinking

According to the National Highway Traffic Safety Administration, 12% of 12-year olds have tried alcohol or driven after drinking. The survey also found that 30% of high school seniors had done either in the last year. This is a major public health issue as these two groups are too young to be able to handle the consequences of their actions properly.

The NHTSA has taken steps towards making this situation better by introducing programs such as “Start Smart” and “Buzzed Driving Is Drunk Driving”. These programs teach kids about how addiction can happen at a much younger age and what it can do for you when you’re older. They also show them what happens if they drink while driving including car accidents, arrests, death and more.

12. The United States has the highest number of drunk drivers in comparison to other developed countries

In the United States, drunk driving is a serious problem. Each year, it causes an average of 30 deaths per day and over 1 million injuries in non-fatal crashes. According to a study done by Mothers Against Drunk Driving (MADD), one out of every six American adults admits to drinking and driving within the past month. This staggering statistic has prompted MADD to launch its “Towards Zero Deaths” campaign in order to bring awareness about this issue as well as help prevent drunk driving accidents from occurring.